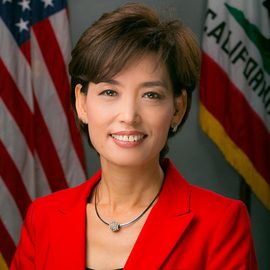 Let's Get This Sorted Out

Check your inbox! An email has been sent that will allow you to change your password. Just click the link provided.

Prior to serving in the State Assembly, Young Kim was a long time community leader in North Orange County with unique private and public sector experience that makes her an ideal representative for the 65th district. She worked as Director of Community Relations and Asian Affairs for Rep. Ed Royce, where she served as a key liaison to the local communities within Rep. Royce’s congressional district, advised Royce on issues pertaining to the Asian community, and developed strategic plans to keep the community informed of Royce’s legislative priorities on both domestic and foreign affairs.

Young is also a well-known Television Talk Show Host, having hosted “LA Seoul with Young Kim” on KSCI-LA 18 from 1998 to 2005 and “Real Talk” on Arirang-TV in 2011. In addition, she provided weekly commentaries discussing current affairs on Radio Seoul which is a 24-hour Korean radio station.

A resident of Fullerton, Young is married to Charles Kim who is a Founder and former National President of the Korean American Coalition. They are the proud parents of four children (ages 28, 25, 23, and 20) who attended or currently attend Fullerton’s public schools.

Read more
Neighborhood Affiliation
We're sponsored by these members of our community!
Hours Of Operation
More Business Info
Request Deal
Whoops, you need to be signed in, or sign up!
Sign In Sign Up
Request Deal
Your request has been sent
Ok